Forgiveness is a high form of compassion. It is an acknowledgment and an acceptance of the other as a creation of God and as a reflection of oneself. It is an acceptance and respect for the other’s pace and for “where he is” in the spiritual path. It is also a reminder of oneness.

✔ So, sending an intention of forgiveness to someone is serving yourself AND the other.

“It actually is a vibration that has the ability to neutralize the negative consequences of a “negative choice”, because any choice will have some form of outcome”: 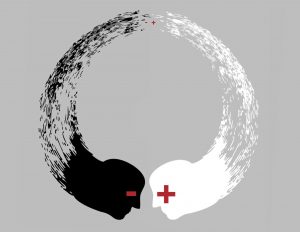 🔹BECAUSE we need the physical manifestations of our experiences, we must believe that every action must have a reaction, and BECAUSE every concept, every idea, CANNOT exist UNLESS it has its polarity, its duality, consequently, BOTH polarities will be experienced by us.

🔹Understanding… living… reaching… being aware of, God… light… source… is experiencing both: the good AND the bad, the positive AND the negative of any concept.

🔹Experiencing means also ACCEPTING both polarities. Accepting them… simply because they are part of the light, part of God. If God is everything, everything should be WITHIN God.

🔹Any event, any idea, is qualified as “negative” or “positive”, ONLY when filtered by a belief system. Any event is by definition neutral. It cannot have a meaning. Any event, even if created by a negative belief, can still be seen/considered as positive, when seen from a different perspective, simply because the meaning is given upon perception.

🔹The meaning is given by us, but BECAUSE we need our beliefs; automatically, we tag them as “positive” or “negative”.

🔹Being good, doing good, and acknowledging good things are NOT enough. Acknowledgment AND acceptance of the “bad” is a must, otherwise, growth is not possible.

💯 So, the act of forgiving (ourselves and the others) is NOT because something wrong was made. Each one of us is just experiencing and expressing the polarities of our own beliefs.

Forgiveness is done because the other thought that what he did was wrong, because of his “misunderstanding” of the duality of things, even if his beliefs “made him” think that it was true. But because we are all one, when I forgive him, I’m forgiving myself in fact. Even if I am aware (and experiencing) of oneness, in HIS experience, he is not.

I also forgive myself, first, because I might have a rooted belief (which says that what I did was wrong) which I am not aware of and second, when doing it, I would be offering my vibration to the other, and it will be manifested in his consciousness at his right time. My vibration reaches the other even if there is no interaction between us.

Because you don’t know how his perception is, your intention of forgiveness works in the scenarios:

In the first scenario, it will work “now”. In the second scenario, it should also be done, but not for now, not for this moment, but for the moment when he was in “the state of thinking” that it was wrong.

💠 You do it for THIS period of time. You are not doing it for him, you are just doing it also for neutralizing this energy, this point of view. Again… not for him, just for this thought, just for one of the polarities of this thought. (The polarities being: both “sides”, both points of view, the good and the bad)

💠 And when you forgive yourself, also, you do it for if you are still thinking that you “did something bad”, and if you don’t think this way anymore, you do it as well for the state you were in, AT THAT TIME: when you used to think that it was a bad thing.

The intention behind forgiveness has a TREMENDOUS power.

It “adds” a positive polarity to the concept AND it puts the “sender” (the one who sends the intention) AND the “receiver” in a NEUTRAL position.

The neutral position is the 3rd position (the 3rd point of view) where someone stands while just witnessing something. The other 2 points are, the “good” and the “bad” views/sides.

🤔 So, the first way of looking at something is from a positive side (the good).

🤔 The second way is from a negative side (the bad); and

🤔 the third way is being in a position where we see both sides… but without judging. We are just witnessing… with no point of view. THIS position… is the position, the state, of acceptance. This is when we see (when we are aware of) both polarities and we accept them. This is the neutral point. This is the 3rd created point. Those 3 points form a trinity. Have you seen this word somewhere before…? Hehe

God is everything, right? It is one of the highest targets that a self-realized master reaches.

So, forgiveness “adds” this point to the concerned person’s perception(the sender and the receiver)and they will be made aware of it at their divine timing.

Of course, we don’t need to know all this to forgive, we just have to send this intention. The energy behind it has its own intelligence and it will work anyway. We all have an inner, a built-in knowing of it, and it’s in our true essence. I’m just explaining it for those who are still having a feeling of guilt, of responsibility, of pride, etc…

Now, let’s go deeper… It is said that Jesus forgave us for our sins and that our sins are “erased”. Here is the technical explanation👇

All the persons Jesus encountered, were within Jesus’ consciousness. What Jesus saw, was a version of these persons (NOT the persons, themselves). When Jesus offered his vibration of forgiveness, he offered it to the version of the persons he was seeing, interacting with, only!

What I mean… Jesus was so advanced that he could see himself “THROUGH” each person. He was acting and reacting AS IF he was this or that person. By the way, this is the ULTIMATE goal of each sadhu, of each self-realized being: to see himself AS God, to act AS god, to see things WITH THE EYES of God.

Doing this, is, by far, the HIGHEST “form” of love❤. There is no better… there is no higher way of expressing (being) love.

I’d like to add that worshiping God is good… but not “enough”. When you worship, when you love someone, you are automatically creating a polarity, a duality, a separation: the lover and the beloved. Whereas, when you SEE yourself AS God when you ACT AS IF you are God, you will be one with God. And after all… this is what/who you are, isn’t it? This is when and how you “return” to God.

So, from Jesus’ perception, from the version of you he has created in his consciousness, you have no more sins; but from your point of view (another version of you), you still have them.

Please note, that any entity with a body, has always beliefs “assigned” to it and so it’s automatically creating something. In the case of Jesus, this also applies, but his perception was from this “balanced point” (the trinity).

Note also, that what you call “your soul” is: YOUR point of view. What Jesus healed, is the same “you”, but from a different point of view: his point of view. These are other versions of “you”. Where are they? They are within each person, because each one is seeing you differently. So all the “yous” are just different perspectives. 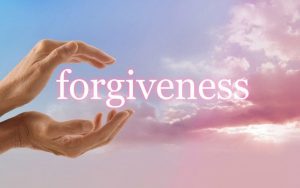 Forgive as much as you can, you are finally forgiving yourself (yourself). If you are not comfortable with the idea of Jesus (for any reason), remind yourself that Jesus was not a christian. Christianity was “created” AFTER him. He was a child of God, a copy of God, as we all are. We all “came” from him, right? And all religions share also this idea of forgiveness, right?

Even if you didn’t get what I’m saying… I will still forgive you😉. Hahaha. 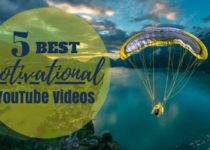