Skip to content
HomeConsciousnessWhy earth is refer as a school for spiritual development? Deepika: Most Healers and Spiritualists call Earth a school in the journey of the soul’s growth. First time I heard of this concept from Dr. Brain Weiss in one of his youtube videos. I never thought about why earth is refer as a school for spiritual development, unless and until JIM KING mentioned this in one of his mail. And then I asked him to elaborate it further. Down👇 is the article written by JIM KING.

I’ve been reading, of late, of a concept that has caused me problems, and it concerns the idea of this level of creation being a school.

Now, I don’t know about anyone else, but my school days were extremely unpleasant and I certainly don’t want to re-experience, willingly, that brutality, so I understand the reluctance of some to return to this lovely physical level, for, many of us have experienced negativity here in its extreme forms.

Thus, I have been mulling around my teachings from spirit in the hopes of presenting a more acceptable concept.

As I understand creation the Creator, God, or whatever you wish to call it/him/her, is itself involved in a state of becoming, of evolution, and to do this is using parts of itself to individually become more complex, so that, altogether the whole will evolve, become more complex, increase in many ways about which we can’t, as yet, have any idea.

Part of this evolvement involves the harmonization of all levels that make up the many levels upon which the Creator exists.

There are many levels that exist in the entirety of the universe, which is the Creator, some of which have a need for attention.

This physical level is one of them needing harmonization.

Our job is experiencing this level is two-fold.

One, to experience the pressures of this physical level, which we do through the ego, (our level of fear,) using it as a thrust-block to evolve to higher levels, and two, to raise, as we uplift ourselves, this whole level up to a state of harmony. 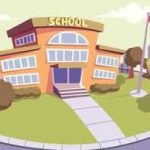 So it is, for this reason, I object to the ‘school’ metaphor, an invention of the ego, born of its need to increase, for some like me, the fear level, and thus perpetuate its own existence.

However, if it works for you, stick with it.

For me, we are here as a part of a magnificent process of evolvement, which involves bringing harmony to myself, other parts of the Creator, and this physical level as a whole.

My FEARS related to SCHOOL

I have noticed in the Reincarnation groups many people referring to this level as a ‘school’. Well, I’m sure I’m not alone when I cringe on reading this, for, I hated school. I hated it for its brutality. I hated it for the many ways it brought fear into my life. Fear of injustice, fear of ‘not being good enough’, fear of not living up to the standards set by authorities, fear of those bigger and stronger than I, and most of all fear of failure, of not reaching the heights demanded of me by the system and, most of all, those demanded by my parents.

So, if I consider life on this level from the viewpoint of the experiences I had of school I’m not at all surprised that so many people don’t want to come back, are hoping that this is their last time on this level.

I have heard many times of how this level is considered in spirit as being a difficult one, of how those who have chosen to come here are regarded with something approaching awe by many who have preferred other ways of evolving.

For this level of creation is one which provides circumstances of an extreme nature, pressures which will offer to those who experience them, and come to terms with them, opportunities for the evolvement of a very rapid kind.

This universe, of which we form a part, is on a pathway of evolution, of ‘becoming’, and we, who are, each of us, a tiny part of this universe, are ourselves on the same journey of becoming, not of becoming anything in particular, but just becoming, evolving our potential.

This universe exists on many, many levels of conscious awareness, some of them of an extremely rarified nature, and some not so highly evolved. It is hoped that eventually, all levels will exist in harmony one with another.

Now, to return to ‘school’. I am suggesting a different approach to this level, one not looking at the experience here as one of pain and suffering, but one which presents this level and the experience of it as one of opportunity for us as spirit, an opportunity to experience those levels of ourselves which are not in harmony one with another, an opportunity for not only us to evolve, but, by our presence here and our more complex level of evolvement, for those other life forms themselves to enjoy an upliftment, an increased ability to grow and enjoy their journey on this level, in fact for this level as a whole to grow in harmony, joy, and complexity.

Share your Idea about the same in the comments below.

Also, refer to the article mentioned below👇. It might help you to explore this topic further 😍👍

Earth School. Back to School! 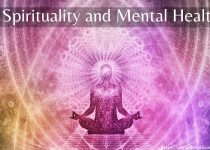 Hate only reinforces the things you say you do not

It means if you don't ask for something, you won't

👌 Its beautiful to be "𝗱𝗶𝗳𝗳𝗲𝗿

👍 Every next day you get a 𝗠𝗜𝗥𝗔𝗖

💯 I am always focused on my life's dreams and g

🙌 I am Creating a new life by manifesting my dr

I am unlearning all that does not serve me any pur

💖I am opening my heart to unconditional love an